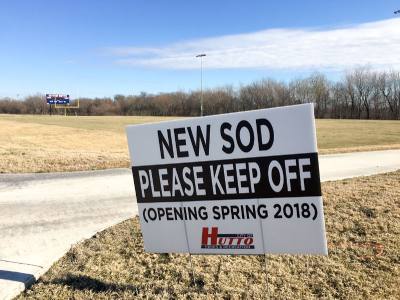 The city of Hutto used a portion of a grant from Texas Parks and Wildlife to improve athletic fields at Fritz Park.

Pflugerville’s 1849 Park is being built on the north side of Cameron Road, 2 miles east of SH 130 and East Pecan Street. The 320-acre park will feature 10 miles of trails, three football fields and three multipurpose fields.

The city of Round Rock continues to chip away at fully connecting the Brushy Creek Trail throughout the city boundaries. City Council voted to approve moving the historic Stagecoach Inn to a location along the future location of the trail.

At the end of 2017, Pflugerville City Council approved a $6.5 million construction contract with Denucci Constructors LLC, which will allow construction on Phase 1 of the park to begin.

Round Rock City Council approved the selection of an architect to move the Stagecoach Inn. The move is projected to take a full night but will maintain the historic authenticity of the structure.

The first phase of 1849 Park is expected to open in May.

Construction of the Brushy Creek Trail from Veterans Park to the Rabb Center will start in early 2018.

Hutto City Council has to approve design and construction plans on the Brushy Creek amphitheater in the coming months.


This story is one update from The January Issue. View the full list of Top 10 stories to follow in 2018 here.