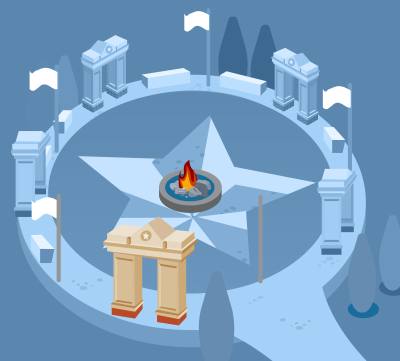 WHAT WE REPORTED: Officials are working with nonprofit Missouri City Parks Foundation to construct a memorial to honor the nation’s veterans. From a total of six submissions, city staff chose a design by Lloyd Lentz, principal with LMA Design Houston, according to city staff members. The design features a five-point star, outlined by arched columns, with a fountain and flame in the center, symbolizing the life, freedom, bravery, sacrifice and strength veterans represent.

THE LATEST: The project is worth $1.5 million and will be completed in two phases, City Manager Anthony Snipes said. City officials and staff are engaging in fundraising efforts to include residents, foundations and corporate partnerships to fund the memorial. Former Council Member Don Smith spearheaded this project, according to the foundation.

“This project is so important because it honors a segment of the population that has given so much to this country,” Smith said in a statement from the city. “This memorial is our way of letting these service men and women know how much we appreciate what they’ve done for the country.”

WHAT’S NEXT: Timing of construction depends on fundraising progress, and no definite dates have been set, Media Relations Specialist Cory Stottlemyer said. City officials plan to pay for the project entirely through donations, and the goal is to complete fundraising by June 2018, he said.

The following permits have been filed in the past week in Sugar Land and Missouri City.

One event this weekend is Kids Day Out in Missouri City.

The budget focused on community priorities identified in a recent resident poll, including infrastructure, drainage, sidewalks, safety and events.

16 traffic fatalities reported year to date in Fort Bend County, up from 2020

There have been more total crashes, major crashes and traffic fatalities in Fort Bend County so far in 2021 than during the same timeframe last year, according to the Fort Bend County Sheriff’s Office.