Collin County transportation to be focus in 2018 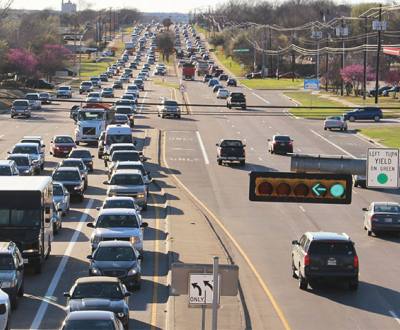 In fall 2018, the Texas Department of Transportation expects to have an implementation plan finalized for US 380.

Although officials from Collin County and its cities agree that there are major transportation issues that need to be addressed, no firm plans or funding are in place to address some areas of concern, including the potential expansion of US 380. Without a consensus from Collin County Commissioners Court, the court in June took no action on calling for a potential $500 million- $600 million transportation bond election in 2017.

County commissioners in December approved a final route for the proposed Collin County Outer Loop project. Some right of way acquisitions have already taken place for the outer loop that will run between the Denton County and Rockwall County lines.

Two public open house meetings about the Texas Department of Transportation’s US 380 study will be held in the spring and late summer. By next fall TxDOT hopes to have the implementation plan finalized, including the recommended alignment.