Oak Ridge North officials: Construction on the Woodlands Parkway overpass could begin in 2019 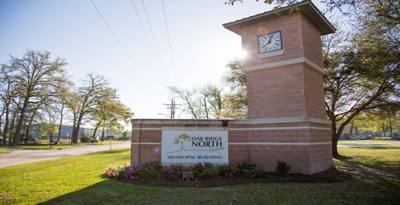 Rudy said Oak Ridge North officials recently met with the Precinct 3 officials and engineers for the overpass project. The final design phase of the project has begun and the county will be ready to put the project out for bid in September. Construction could begin in 2019 and will include the reconstruction of the Woodlands Parkway-Robinson Road interchange at I-45, as well as the Patsy and Robinson roads intersection.

"The road improvement that we asked for is $1.68 million plus $121,000," Rudy said. "We're looking at close to $2 million for this project. The good news is the [Economic Development Corporation] has capability up to $3 million to handle that debt and will eventually be repaid by the [Tax Increment Reinvestment Zone]."

Rudy said in the meantime, the city and county will be working to determine a funding source for the project.

"We're trying to work with [the county] and told them we can't commit to this right away until we know what Robinson Road looks like in terms of right of way and how it is going to be paid for," she said. "So they have gotten the message that this project is on hold with us until that is resolved. So we're waiting to see how they want to move forward."

"We sent letters to property owners on Robinson Road to let them know there will be surveyors between now and March," she said. "So we have two months to resolve how this will all come together. We have met with the county and [the project] is moving forward slowly."
SHARE THIS STORY