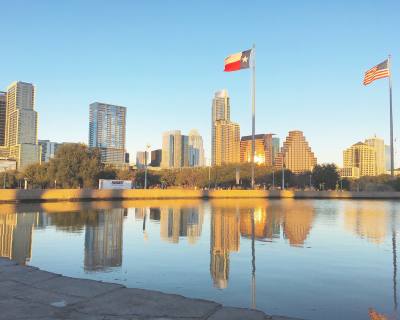 The Army Futures Command center, which will be located in Austin, is the first new U.S. Army Command created since 1973.

Tuesday night marks the first of four final public input sessions before a volunteer task force recommends the size and scope of the 2018 bond election to City Council in March.

The schedule for what the Bond Election Advisory Task Force calls its “listening sessions” will run until next Thursday, Jan. 18. All sessions run from 6:30-8 p.m.

On a cycle of six-to-eight years, the city government asks the citizenry permission to take out a large loan—to be paid back over 30 years by tax dollars—in order to fund general service projects around the city. For the upcoming 2018 bond election, City Council advised staff and the task force to focus the funding for projects related to transportation infrastructure, affordable housing, existing city facilities, open space and storm water that can be completed in five years.

The task force was commissioned to get a feel for how much residents are willing to spend on these projects before making a final recommendation. According to a memo sent out last week by Austin’s deputy chief financial officer Ed Van Eenoo, roughly 58 percent of 900 individuals surveyed support a tax rate increase.

How large a tax increase and how money will be allocated will be up to the city’s needs and feedback from the residents during the next four listening sessions. Residents will get the final say when the projects are proposed for a yes or no vote in November’s ballot.

This map below shows the location and times for each of the four listening sessions.