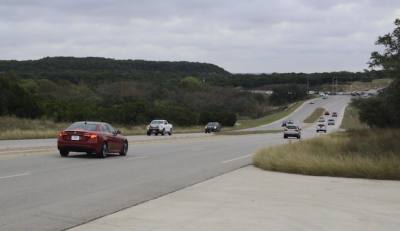 Austin Energy is planning to put up power poles along a portion of Bee Cave Parkway. The city is pitching a plan to pay for most of the cost of burying the wires.

Bee Cave City Council on Jan. 9 voted unanimously to bury power lines Austin Energy wants to run along a section of Bee Cave Parkway, from west of the Tordera Road entrance to the Ladera community to west of the city's Central Park. The plan, subject to a negotiated deal with the utility will involve paying back AE $1.325 million of the total $2 million estimated cost over time. The deal would have to still get the nod from Austin City Council.

One option the city of Bee Cave could pursue to pay for the project is to refund to AE existing annual franchise fees of $325,000 the utility pays the city as part of an ongoing agreement that allows AE to run its wires through city jurisdiction. Currently, those funds are swept into the city’s general fund to pay for various services.

“Refunding [franchise] fees would be great. I’m still in favor of getting it buried even at that price,” City Council Member Tom Matzen said.

Both Mayor Caroline Murphy and Mayor Pro Tem Bill Goodwin said AE franchise fees are important to city coffers but agreed it is important to get the lines buried.

“This [proposed repayment] is coming out of our general fund. We should throw that option out of consideration. But on the other hand, [burying cables] is something we require of our [local] developers [who do business with the city],” Goodwin said, adding it might seem hypocritical if the city cannot bear this burden.

Looking to sweeten the pot, local developer Adrian Overstreet, whose company holds title to one of five affected land tracts along the Parkway told meeting attendees he will make good on a promise he made in December to contribute $150,000 toward the city’s share of the project cost.

If Austin Energy did not bury the wires, the project would cost the utility an estimated $675,000 but cost the city nothing.

A utility spokesperson said in late 2017 the project is necessary to increase the safety and overall reliability of electric service to both existing and future customers in the city of Bee Cave.

“The Feeder Project is time-critical and must be constructed prior to the peak use periods, which will occur during the summer months of 2018, AE spokesperson Jennifer Herber said. During peak times, she said this distribution circuit has consistently exceeded its capacity rating, and the reliability of the electric service in the area is at risk.

The city of Bee Cave has until March 1 to inform AE of its decision.