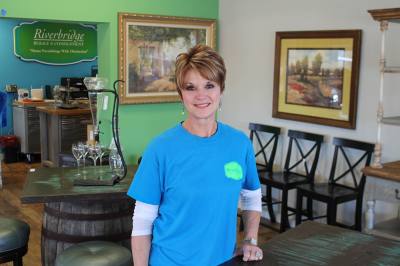 Kay George, co-owner of Riverbridge Resale and Consignment, said she believed the store was as prepared as it could be for Hurricane Harvey’s arrival. Inventory was moved to higher ground, and a sensor was installed at the front door to alert George of incoming water.

However, much of Riverbridge Resale’s inventory—including furniture and home decor from consignors—was destroyed, George said.

The 8,900-square-foot store was closed for six weeks for renovations before reopening half of the store in October. The second half of the busi- ness is under construction but will reopen in January, George said.

“There are lot of homeowners that are in the same stage we are in rebuilding,” George said. “They are in the painting stage, the flooring stage, so we are starting to see those people come in because they’re needing furniture.”

“I pray that we don’t have to [rebuild from a flood] again, but if we did, it will be a little easier,” she said. “I know what we will have to do, and I know that we will overcome.”