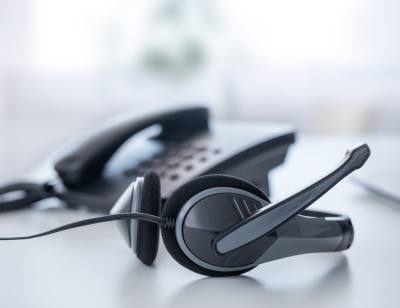 The 211 call center, operated by the United Way of Greater Austin, had noticed a change in the type and location of calls due to the suburbanization of poverty.

Since 1996 United Way for Greater Austin has connected Central Texans to a vast database of resources related to housing, health care, employment and more.

But as affordability continues to decline in the city of Austin, United Way officials say they have noticed a shift not only in the types of calls they receive, but also where they originate.

“We have seen a huge decline in the percentage of calls in the city of Austin and pretty big increases in the outlying areas of the city, such as Manor, Del Valle, Pflugerville and parts of Hays County,” said Amy Price, 211 director of community information for United Way for Greater Austin.

According to a recent community needs and trends report, 293,878 calls were made to the 211 line in 2016. A third of calls made in 2016 were related to housing needs—a percentage which United Way says is increasing each year.

“More people are calling with basic needs, especially housing,” Price said. “Housing needs can be anything from ‘I got evicted and don’t have a place to sleep tonight,’ or ‘I have a big hole in my roof and can’t afford to fix it.’”

Food availability and health care also ranked in the top reasons for calls, as well as assistance with mental health-related issues, which constituted 1 and 20 calls made in 2016.

According to data provided by United Way, across South Austin, all but 78737 experienced a decrease in the number of calls since 2012. However, the percentage of total calls in each ZIP code has increased across the board—a trend that Price attributes to an overall decrease in call volume throughout Central Texas.

“The number of calls have gone down because more people are accessing our information through our website,” she said. “Call centers are seeing a decline across the industry.”

The data shows only a slight variance in the reasons for calls in South Austin, with the majority of requests relating to housing expenses such as rent and utilities payment assistance.

THE SUBURBANIZATION OF POVERTY

When a call is made to 211, the first piece of information requested by the call specialist to unlock more than 30,000 resources is the caller’s ZIP code. Jeff Cary, former call specialist and current community information coordinator, said during his time answering phones he noticed less and less calls originating in the city of Austin.

“Based on our data, [the outward movement into the suburbs] is definitely happening,” he said. “It’s pretty obvious that we are taking less calls from other regions like we use to.”

United Way attributes this shift in call location to a phenomenon known as the “suburbanization of poverty,” or a trend which shows individuals and families struggling to make ends meet are no longer concentrated primarily in central east Austin. Instead residents are being pushed into peripheral areas where housing and other basic resources are more readily available.

When a caller dials 211, the phone is answered by a certified call specialist who helps connect the caller to resources based on their specific needs. Price said United Way’s primary resource is the Travis County Health and Human Services Department, which receives between 8,000-10,000 referrals from the 211 call center per year, according to Kirsten Siegfried, family support services division director for the department.

“211 is a really fantastic system,” Siegfried said. “It’s a great resource for the community and the people who work there are the star of the state of Texas. They employ a professional team of folks who are able to do an eligibility screening at that first point of contact.”

And while the data shows call volume has decreased, Cary said calls are lasting longer than they have in the past. Many callers are in crisis and in need of multiple resources, he said.

“With multiple needs, calls take twice as long,” he said. “It requires a greater skill set for our call specialists to help the caller identify their biggest need, but sometimes when we can address the underlying issue, it’s a snowball to address everything else.”

For Cary, realizing his responsibility was not solving problems but offering resources was a hard-learned lesson.

“We [call specialists] are human beings, so we just want to help people,” he said. “You learn that is not your role; our role is to empower them to help themselves.”

As access to information continues to lean digital, Price said her team is exploring the possibility of implementing live chat, text and email communications. Still many 211 callers crave the human connection, leading to a steady demand for phone services.

“The work that we do is unique, there isn’t another way to have help navigating the social services delivery system,” she said.

Regardless of how information is shared, Cary said the need for 211 will always be present in the community.

“No matter what medium we use to deliver information, it will be carried with expertise and professionalism, that will never change,” he said.
SHARE THIS STORY