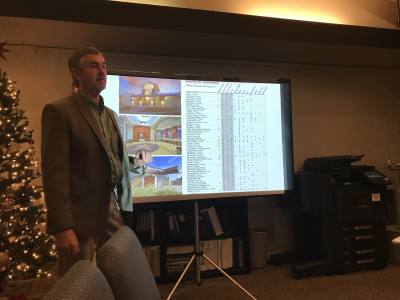 The city of Rollingwood took a step to evaluate its municipal facilities.

Brinkley Sargent Wiginton Architects will look at the existing municipal building and create options for the city that could include renovations to the current facility or the construction of a new facility.

Don Greer, the firm's lead on the project, said that through the study, Brinkley Sargent Wiginton Architects will do the following:

“[The contract] is not about building or bidding anything—this is a study,” Greer said. “We’re going to look at all the data out there so council can make an educated [decision].”

City Administrator Amber Lewis said the contract will be funded with a portion of the $300,000 the city budgeted for building improvements in the 2017-18 fiscal year. The contract is not to exceed $43,000.

Brinkley Sargent Wiginton Architects is currently developing Lakeway's police facility and has also worked with the cities of Sunset Valley, Leander and Pflugerville in the past.
SHARE THIS STORY