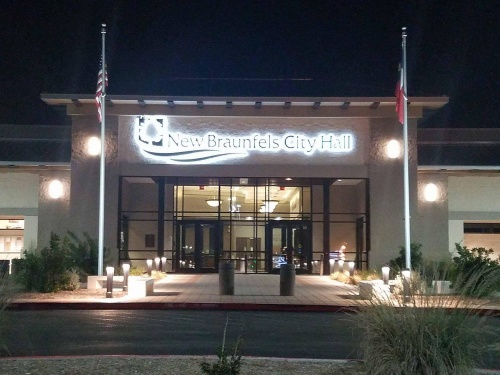 The city of New Braunfels will hold a special election Feb. 17 to fill the District 1 City Council seat that was vacated by George Green, who is currently seeking election for the Comal County Justice of the Peace Precinct 3 seat.

“It has been a privilege to serve the citizens of New Braunfels and specifically District 1 for the past four-and-a-half years. I am proud of the things I have been able to accomplish for my district,” Green said in a statement. “Revitalization of the west side has been my focus during my time on the City Council, and projects like the installation of sidewalks at Lonestar Elementary, the construction of Morningside Park, numerous street enhancements, and Eikel Park and Jesse Garcia Park playground replacements are projects that will serve the west side for years to come. I look forward to the completion of many other projects that were initiated during my tenure, such as Solms/Morningside/Rueckle reconstruction, the Live Oak/Katy drainage project and the Das Rec Recreation Center from the 2013 bond program.”

To vote in the special election, a person must live in City Council District 1 and be registered in that district by Jan. 18.

For those interested in a place on the ballot, applications are available in the City Secretary’s Office, 550 Landa St., New Braunfels, and must be submitted by Jan. 8 at 5 p.m. The term for the office will expire in May 2019. To qualify for the position, applicants must be qualified voters of the state of Texas, have been citizens of the city of New Braunfels for 12 months immediately prior to election day, and a resident of District 1 for six months prior to filing for office and must continue living in the district throughout the duration of the term. Candidates also may not be indebted to the city of New Braunfels.

A District 1 community forum will take place Jan. 9 at Holy Family Catholic Church, 254 S. Hidalgo Ave., New Braunfels, and will include presentations by Stacey Dicke, New Braunfels parks and recreation director, and Nathan Brown, New Braunfels assistant city attorney-prosecutor. The forum will provide an opportunity for citizens to learn more about what is happening in District 1 and the City of New Braunfels.
SHARE THIS STORY