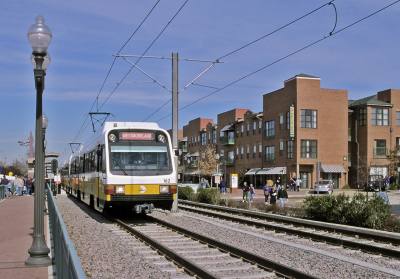 Downtown Plano could see another station added to its landscape within the next five years.

Those needing a lift on New Year’s Eve will be able to use Dallas Area Rapid Transit’s services for free.

The free services will begin at 6 p.m. Dec. 31 and last until the end of service for each travel option, according to a DART news release.

TRE service will only span from Union Station in Dallas to the CentrePort/DFW Airport Station, according to the release. This is the third year DART has offered free service on New Year’s Eve.


For more information regarding service schedules, visit the DART and TRE websites.
SHARE THIS STORY

Spraying will be done in the morning hours and will be concentrated on creeks, drainage culverts and wooded wet areas, according to a city news release.

The cafe features a variety of smoothies, including Strawberry Chia Lemonade, Acai Berry Boost and Peanut Paradise, as well as sandwiches, wraps and flatbreads.

Natalie Reid-Knutson and her husband, Kjell Knutson, created a safe haven to help widows and widowers who are grieving.

The city of Lewisville is looking to use bond funds to replace its aging police and fire departments along Main Street with a new public safety complex.

The authentic Mexican restaurant offers dishes such as pozole, empanadas and nopal tortillas.

PediPlace in Lewisville and Our Daily Bread in Denton become partner agencies with United Way of Denton County.