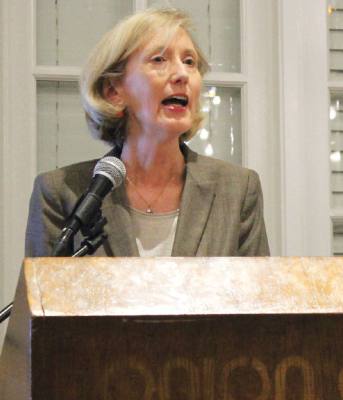 Ann Kitchen, Austin City Council Member for District 5, said the decision to reject the proposed Austin Police Department contract was in the interest of protecting the city's fiscal assets and ensuring increased police transparency and accountability.

A proposed five-year contract with the Austin Police Department was sent back to the drawing board by City Council last night, a move which Ann Kitchen, council member for District 5, said was motivated by the belief that the deal was not "fiscally prudent" for the city.

"Unfortunately, as written, the proposed contract would make the hiring of sufficient numbers of additional officers difficult and financially unstable, while also restricting the council's ability to fund additional health and safety investments in prevention," Kitchen said in a letter to her constituents Thursday morning.

According to Kitchen's letter, the $80 million proposed contract would require another $61 million to be allocated toward hiring 144 new officers, leaving only $28.3 million over the next five years for other "critical city fiscal responsibilities," such as streets; fire and EMS station equipment; property tax relief; parks, libraries and other services.

Citizens groups opposed to the contract, such as the Austin Justice Coalition, said it lacked social justice reforms needed to enhance transparency and accountability. Due to the officers' high level of compensation—13.6 percent higher than their counterparts in other cities—Kitchen said public support of the contract is paramount.

"For this level of compensation, we should expect a high level of public trust through accountability and transparency measures, determined in this contract, that our growing population and growing police department require."

Kitchen said she is confident that with further discussion, the city can come to an agreement with the police department on a "fiscally sound, fully accountable contract."

"The council's decision on the police contract will have financial consequences for years to come, and will determine the level of transparency and accountability our community can expect in exchange for the significant investment we make in our police department," she said.
SHARE THIS STORY