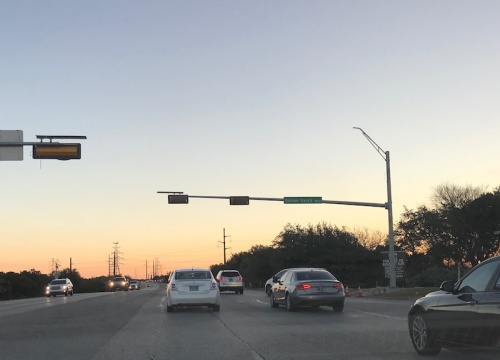 A traffic signal is being installed at the intersection of Steiner Ranch Blvd. and RM 620. The Texas Department of Transportation is developing a project to widen RM 620 from four lanes to a six-lane, divided road from West Hwy. 71 to the Colorado River.


TxDOT will add an acceleration lane and raised median to a stretch of RM 2222, from City Park Road to Loop 360.


TxDOT will add a center median and left-turn lane to a section of West Hwy. 71, from the Blanco County line to Paleface Ranch Road. The project is under development.


Lohmans Spur Road will be extended near the site of Lakeway’s new police facility. The project has completed preliminary engineering design.


Installation of a traffic signal at the intersection Steiner Ranch Boulevard and RM 620 began Nov. 13.