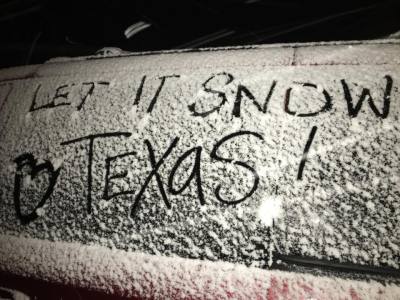 Snow began to fall in Austin around 6 p.m. on Thursday evening, Dec. 7.

Because of potentially dangerous road conditions in the morning, Hays CISD has canceled school for Friday, December 8, 2017. Be safe and stay warm. We will be emailing and calling parents shortly.

San Marcos CISD has said a decision will be made on whether to delay or cancel classes by 6 a.m. Friday.