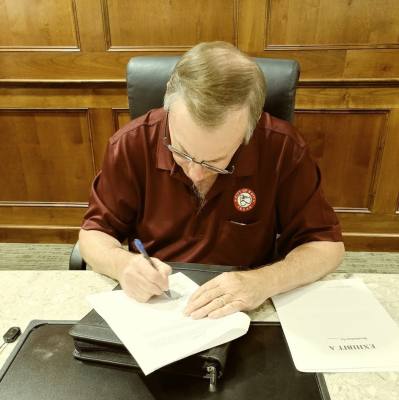 Costello has been working with the city to determine what improvements are needed to the city's drainage infrastructure.

Ralph Saldana from Costello was on hand to answer any questions council members had regarding the contract. He said that the design process is expected to take about two and a half months, and that construction may begin as early as March once designs are approved.

The contract was signed immediately following the special council meeting, which Mayor Chuck Brawner said would allow Costello to begin work in the next few days. Since Brawner’s election, the city has worked to streamline the contract execution process to allow necessary services—such as drainage improvements—to be implemented faster.

“We’ll take care of it. We’re going to do a good job, and I’m eager to help the public,” Saldana said.
SHARE THIS STORY