As 2017 nears its end, retail developments thrive in Southwest Austin 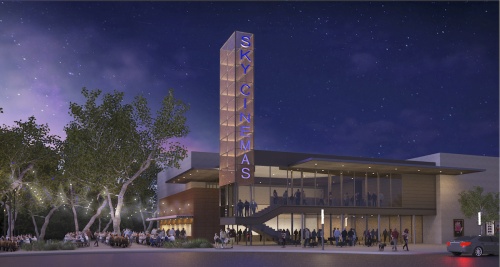 The first round of Belterra Village tenants are slated to open in January.

At the southwest corner of Nutty Brown Road and Hwy. 290 the whir of construction equipment fills the air as crews prepare for the first slew of tenants to open in the 93-acre mixed-use development Belterra Village.

Daniel Campbell, principal at Endeavor Real Estate Group, said his team chose this area for the development because of its current and projected growth.

“What we noticed in this area in particular was it is has really good schools and is a place where people want to live; therefore we will continue to see growth,” he said.

The area Campbell is referring to is the swath of land just west of the Travis County line in Dripping Springs where the master-planned community Belterra houses nearly 5,000 residents.

With Belterra Village, Campbell said his team hopes to provide a “community gathering spot,” not only for residents of Belterra but for all of Austin. At full build-out the development will include single-family homes, a Hampton Inn and 200,000 square feet of retail space.

“We wanted [the development] to feel like a community village,” Campbell said. “It’s an ambitious goal, but for us that is what creates a space that is not only successful at opening, but 10 to 15 years down the road.”

Belterra Village is one of several new developments in or near Southwest Austin. Across the region, commercial and mixed-use projects are straying from downtown and instead laying roots south of Hwy. 290.

Available land is one of the primary factors driving developers to build in peripheral areas of the city, such as Southwest Austin, said Wendy Rhoades, principal planner with the city’s planning and zoning department.

The prevalence of large-scale housing communities such as Belterra is also leading developers to address the need for amenities in those areas.

“I think developments serve the population out there as it grows over time,” Rhoades said. “The residential comes first, and the commercial catches up.”

Tylere Brennan, a partner at Investcore, said the migration of the working class from downtown into South Austin and cities such as Buda and Kyle is what led him to develop the Brodie Marketplace, a 7,979-square-foot development on Brodie Lane.

“We see Brodie as a growing thoroughfare connecting southern populations to the central business district,” he said.

The demand for amenities in the area will offset some of the development costs unique to Southwest Austin, Brennan said. The region’s position over the Barton Springs recharge and contributing zones, Rhoades explained, means more stringent watershed regulations as it pertains to impervious cover, drainage, water-quality controls and setbacks from waterways.

“The infrastructure needed in that area have additional construction and operation requirements than those in the urban and suburban water-quality zones,” she said.

Although development regulations intended to preserve the environmental integrity of an area can carry increased costs, some developers go the extra mile to ensure Southwest Austin’s natural state is preserved.

In late 2011, Bill Schultz, owner of the Covered Bridge development in Oak Hill, partnered with RUNA Workshop principal Aaron Vollmer to apply for a 40-acre planned unit development designation through the city of Austin. Though the land was already entitled for dense development, Schultz and Vollmer negotiated with the city to preserve the area’s natural beauty, including 39 heritage trees.

“The city was really happy because we kept a lot of the natural features of the place,” Vollmer said.

What resulted was a 4,800-square-foot building now occupied by Southwest Vet and Serenity Dental. In 2016, Schultz began developing the adjacent 19,500 square feet where construction on a two-building expansion is currently underway.

Schultz is continuing the trend of conscious development by ensuring the additional structures meet high standards for energy efficiency and water use set by Austin Energy’s 2-star green-building rating system.

Covered Bridge Property Owners Association board member Mike Conner said nearby residents are looking forward to having access to nearby amenities, which as of now include seafood restaurant Shore.

“We trust Bill Schultz to develop something pretty down there,” Conner said. “He takes great pride in Covered Bridge.”

Although other areas of the city are immune to the regulations unique to Southwest Austin, Campbell predicts commercial developments will thrive so long as there is a demand from residents.

“When you have good schools and good value for homes, that translates into growth,” he said.

Due to the Save Our Springs ordinance, protected lands in the Barton Springs zone will limit further development, Rhoades said; however, she predicts available land near the city’s limits will continue to attract new projects.
SHARE THIS STORY