Secretary of State: A little more than 12.5 percent of Travis County voters marked a ballot on propositions 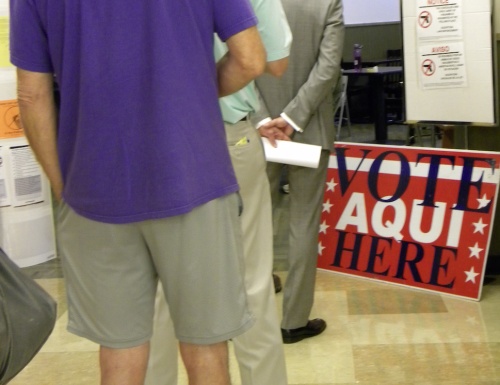 Just over 12 1/2 percent of Travis County voters made a choice on the state’s seven successful constitutional amendments, according to voter turnout numbers posted on the Secretary of State’s website Nov. 8.

The total registered voter pool in Travis County for the Nov. 7 election was 751,541.
Among the seven state amendment choices, the average voter turnout was 12.57 percent.

The highest turnout of 12.90% was for Proposition 1 which broadens the scope of homestead ad valorem tax exemption for disabled veteran or spouse, according to the SOS website.

The fewest voters, 12.22 percent made a choice for Proposition 5 which permits additional professional sports team charitable foundations to conduct raffles, the site showed.