10 reactions to The District from Round Rock, Pflugerville and Hutto residents 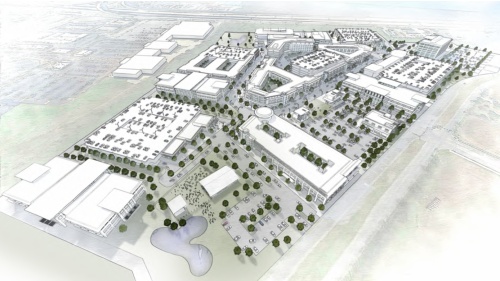 Mark IV Capital Inc. announced Wednesday it will build a $200M high-end residential and commercial center, dubbed The District, in Round Rock.

Yesterday, the Round Rock Chamber and Mark IV Capital Inc. announced plans for The District, a $200 million master-planned residential and commercial development at SH 45 and North Greenlawn Boulevard in Round Rock.

The development will be located on 65-acres of property and will provide approximately one million-square-feet of mixed-use space.

Residents of the Round Rock, Pflugerville and Hutto communities had mixed reactions to the news Wednesday night. Some residents appear excited about the new development, while others are bemoaning potential traffic woes and a few shared concerns over property tax hikes.

Round Rock City Council is set to vote Thursday night on the memorandum of understanding and allow Round Rock Mayor Craig Morgan to execute the deal between Mark IV and the city.
SHARE THIS STORY