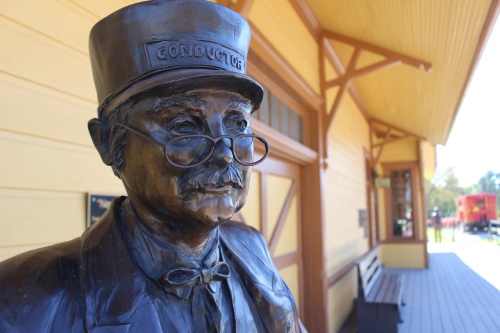 While the city of Tomball’s population grew by less than 1,000 residents between 2010 and 2016—according to data from the U.S. Census Bureau—its tourist population has swelled in the same time frame.

Business, thoroughfare and festival growth is driving thousands of guests to Tomball from across the state and the U.S. each year, Marketing Director Mike Baxter said.

“The [Grand] Parkway and the extension of [Hwy.] 249 have helped just make it easier to get here,” Baxter said. “The visitation we’re getting at our events has grown a lot faster than the population of the city
of Tomball, because we’re still at right around 11,000 people and here we are bringing in close to 70,000 [tourists] a year.”

Baxter said he projects total city-sponsored festival attendance will reach 71,000 guests in 2017, an increase from 57,000 guests in 2016. However, he said city festivals account for a small portion of the number of guests visiting Tomball.

Small businesses in Old Town Tomball—the downtown area between Pine and Elm streets—and events hosted by organizations other than the city, such as the Tomball Farmers Market and the annual German festivals, bring a steady stream of guests to the area, Baxter said.

“From the very start, [festivals were] designed to be a marketing tool to introduce people to Tomball,”
he said. “That was the original impetus to doing this was to create a fun environment that would draw people to town and then make them regulars wanting to come back and shop at the farmers market and that kind of thing.”

Baxter said no city-sponsored events existed prior to 2011 when Beetles, Brew and Barbecue debuted. Attendance at the event topped 9,100 guests in September, an increase of 2,500 guests from 2016.

“The events we personally are involved in to the point of staging those events ha[ve] grown substantially over the past six years,” Baxter said.

As marketing efforts have increased, city festivals have grown to about 10 signature events each year, Baxter said. However, severe weather forced the city to cancel three events in 2016, and the Tomball Texas Musical Festival was canceled this year due to Hurricane Harvey in late August.

The city’s newest festival, the Freight Train Food Truck Festival, was added in 2016 with 9,200 attendees. It returned for a second year in late October.

In addition to new festivals, the city allotted $150,000 for lighting, sidewalk and splash pad improvements to the Tomball Historic Depot area between fiscal year 2015-16 and FY 2016-17 to improve the festival area, according to budget documents.

However, Baxter said lower hotel rates in 2017 and a hotel tax waiver for Hurricane Harvey relief in late August and September could affect the city’s available marketing funds this fiscal year.

TSCO Chairman Grady Martin said he estimates more than 60,000 guests will flock to Tomball in December for the German Christmas Market, a festival that launched in 2007.


“So many people have said to me, ‘Y’all have really put Tomball on the map with these German festivals,’” he said.

Nearly 80,000 guests from across the U.S. visit Tomball each spring for the German Heritage Festival, which began in 2000, Martin said.

“They come from everywhere. We fill the hotels up. We’re by far the largest event in the area outside of the [Texas] Renaissance Festival,” Martin said.

Positioned as a Destination
Located near the Grand Parkway between Hwy. 290 and I-45, Tomball is a short drive from major commercial sites spurring job growth in the area, such as the Daikin Texas Technology Park in Hockley and the ExxonMobil campus in Spring, said Kelly Violette, executive director of the Tomball Economic Development Corporation.

“With the Grand Parkway and with [the extension of Hwy.] 249 under construction, there’s now this sense of ‘It isn’t far away,’ and you can access all of your markets and [business] customers [from Tomball],” she said.

The Texas Department of Transportation opened Grand Parkway segments F-1 and F-2 to drivers in early 2016 just south of Tomball, providing a direct route between Hwy. 290 and I-45. TxDOT and Harris and Montgomery counties are also working to extend the Tomball Tollway—the tolled portion of Hwy. 249—from north of FM 2920 in Tomball to Hwy. 105 in Navasota by 2020 to improve regional mobility.

Additionally, Tomball is located within a few hours reach of other Texas metro areas, such as San Antonio, Austin and Dallas. Baxter said the city increased its marketing efforts two years ago to target a statewide audience via “The Daytripper” TV show and podcast, advertisements in Texas Monthly and publications
in San Antonio.

“We’re really reaching out to draw people in,” he said. “The [surveys] show they’re coming from at least 50 miles out—in some cases even more.”

Cultivating small business
Violette said she believes the relationship between festivals and small businesses in Tomball keeps guests returning to the city.

“Now, instead of [businesses] trying to thrive on their own, they get to play off the thousands of people that are being brought in for festivals and what not. I think it’s created a synergy for our downtown area,” she said.

“When we have a big festival, we have a lot of people in the downtown businesses, and I know several of them do very well,” he said.

Billy Schiel, co-owner of coffee shop Common Grounds Tomball—slated to open on Commerce Street in January—said Common Grounds chose the Tomball location because of its culture. This will be Common Grounds’ first location outside of Waco.

“What we see is a continued culture or destination environment for young families, people who are into arts and the food and beverage and live music,” he said. “We see Tomball as kind of uniquely setting up for this natural hub [of community].”

Bryan Hutson, owner of The Hutson Group—a family-run development company—said he owns about 85 percent of commercial property in Old Town Tomball. Additionally, 98 percent of the available buildings in the area are leased, he said.

“I’ve got a huge demand for businesses wanting to come in, and I’m frantically trying to build out and provide the space for them,” Hutson said. “I think what you’re seeing in Tomball now is sort of an evolution [away from] the antiques shops and the resale shops and more toward specialized boutiques and niche, really high-end retail that you just don’t find anywhere else [and] you just can’t find online.”

Hutson’s Market Street development is set to bring a brewpub and retail and restaurant spaces to Old Town Tomball once construction is completed. No specific opening date has been released.

With each development and new business, Hutson said he selects businesses likely to draw visitors to Tomball.

“We try to be very conscious about who we’re leasing to. We are actively trying to place businesses here in the historic district that will bring people in town,” Hutson said. “I’m looking for really unique businesses that would really bring people in.”

“We’re really excited to be part of that,” co-owner Robann Roberts said. “The area that we came from [in
California] went through sort of the same regeneration, so we know what’s going to happen here. It’s a pretty exciting thing.”

“We’ve got the unique shopping, we’ve got the mom-and-pop restaurants; the whole thing up here,” he said. “This has become the hot spot for fun things to do north of the loop. It shows how hungry people were for quality entertainment close to home.”
SHARE THIS STORY