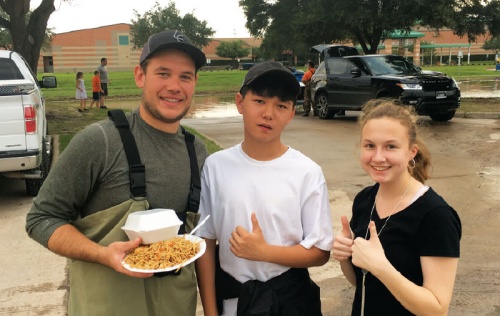 The restaurant served meals around the Katy area.

Community Impact Newspaper spoke to some of the several Katy area restaurants that contributed to relief efforts during and after Tropical Storm Harvey.

What they serve: The local Chinese restaurant takes inspiration from several provinces and serves dishes, such as spicy pots seafood, beef noodle soups and vegetarian items.

The restaurant provided food for Citizens for Animal Protection as well as to Jester State Prison Farm staff in Richmond, which had already evacuated prisoners before the storm's peak.

Wang said each day since the storm, he has donated between 80 and 100 meals to the Katy community, including residents going back to their homes to clean out the debris. He said there was no particular reason he decided to give back.

“I live in this community,” he said. “Everybody is so nice—they help me a lot. I’m always grateful.”