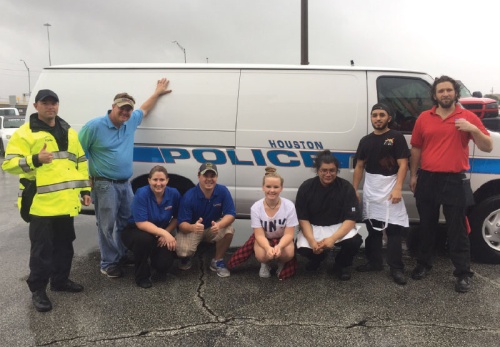 The restaurant helped first responders in the storm.

Community Impact Newspaper spoke to some of the several Katy area restaurants that contributed to relief efforts during and after Tropical Storm Harvey.

What they serve: The restaurant serves Tex-Mex staples, such as fajitas and quesadillas, as well as po'boys, grilled entrees and oyster dishes.

How they helped: The restaurant remained open through the storm so owners Austin and Teri Yates were able to prepare meals for first responders. About 200 Houston police officers showed up Aug. 27, when Austin Yates said few other eateries were open in the area.

The nearly 1,000 meals provided included those brought by Teri Yates to people in neighborhoods clearing out their homes each day, such as in Grand Lakes and Cinco Ranch.

“These are just areas that got devastated,” Austin Yates said. “We were very fortunate.”