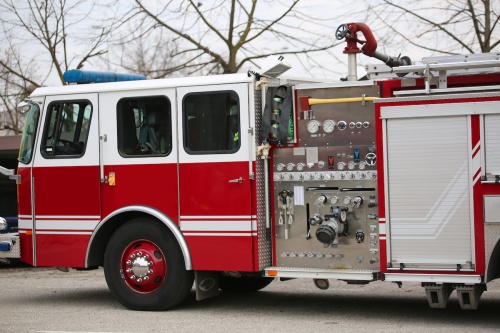 Vacancies and the growing need for overtime pay forced an approval from Austin City Council on Thursday to dip into the city's reserve funds and cover the Austin Fire Department's $3.5 million budget gap.

Mayor Steve Adler said he wished the council could have “the luxury” of voting this item down because the number is so large, but an approval was, in his mind, necessary.

“We have to, I think, approve this to pay for the work that has already been done and to ensure that we continue to have fire protection in the city,” Adler said. “[We should] realized that to cut off funding is not a real practical option.”

Large-scale vacancies have afflicted the department over the past few years and resulted in an overflow of necessary overtime pay. Chief Rhoda Mae Kerr said over the last year, there has been an average of 150 vacancies in the Fire Department. While recruitment has been an issue, Kerr said there is a substantial number of vacancies in higher-ranking positions, which are more expensive to fill with overtime pay.


“There is always going to be some overtime pay as part of our staffing model, but this level is above and beyond a normal margin of error.”

“[This] is a symptom of the fact that we are struggling to update our models for the Austin of today,” Alter said. “There is always going to be some overtime pay as part of our staffing model, but this level is above and beyond a normal margin of error.”

Numerous conversations on the issue have focused on the department’s four-person staffing model—requiring a responding fire truck to have a minimum of four firefighters. Some council members, like Flannigan, voiced their support for slimming the model to a minimum of three, proposing it would produce a substantial reduction in overtime pay.

However, Austin Fire Department’s Chief of Staff Tom Dodds and District 2 Council Member Delia Garza, a former Austin firefighter, vehemently objected to this proposal. Dodds said it was not as easy as just removing one person from the trucks—the entire city’s response strategy is based around a four-person model, and it would take months to retrain the firefighters to operate efficiently under a three-person model.

Garza said the four-person model looks out for the health of the city’s firefighters and alleviates some of the wear and tear they experience on each call.

While Council Member Houston expressed concern this issue would continue to come up, Adler said he was optimistic; the council is in the midst of contract negotiations with their public safety departments—the first time the 10-1 council finds itself in that position.

“We’ve given that direction to the manager and staff that it’s important those contract negotiations happen in a way that gives us the ability to [fix this issue],” Adler said. “I’m encouraged by the conversations with our leadership from fire that this is an issue for them, too, and the timeline was laid out … to be able to fix that.”