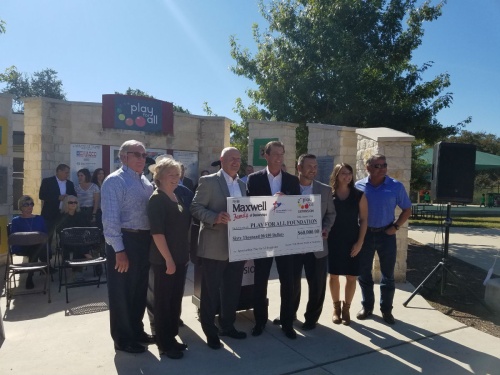 On Friday morning, the city of Round Rock Parks and Recreation Department broke ground on the Play for All Abilities Park expansion. The expansion comes as a result of a fundraising campaign that raised just under $400,000.

The expansion will double the current size of the park and create three additional themed play areas while also expanding the four existing play areas.

Construction is set to begin in the spring and wrap up in the fall.

Since the park has been open in 2012, hundreds of thousands have made use of the park space, according to Parks and Recreation Department officials.

Sponsors of the park's expansion include Wag A Bag, the Nolan Ryan Foundation/Round Rock Express, the Round Rock Police Department Foundation and Rotary Round Rock.

The park is located at 151 N. A.W. Grimes Blvd., Round Rock.
SHARE THIS STORY