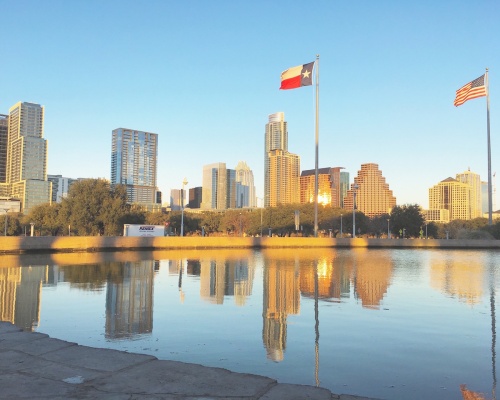 According to an annual survey, Austin residents have poor perceptions of how the city is planning its growth, but sets the mark over other cities in customer services.

Austin sets the standard for customer service among major U.S. cities, but falls short in growth planning, according to results of an annual resident survey presented to Austin City Council on Tuesday morning.

The survey, which has been conducted on annual basis since 2009 by the Kansas City-based ETC Institute, included 2,099 participants from a range of economic, age, gender and racial demographics, each equal with the city's representation in the 2010 U.S. Census. Each council district had at least 200 participants in the survey.

“This is fascinating information, but it really is measuring people’s satisfaction against their expectations,” said District 6 Council Member Jimmy Flannigan, who expressed concern that it did not equal an objective measure of services or infrastructure.

Here are the biggest takeaways from the results:

The findings show that residents generally have a positive perception of Austin; however, roughly 68 percent of the survey’s participants expressed dissatisfaction with the way the city was planning for growth. While the city scored higher than other major metros—populations of at least 250,000—in nearly every other category, Austin fell 20 points below the national average in growth planning. Compared to its own five-year averages, the 2016 survey also showed a 21-point drop in this area.

District 7 Council Member Leslie Pool said she was surprised the “general overview is not, frankly, more negative,” given the pressure the city has felt with its growth.

Compared to the five-year averages in all categories, 2016’s participants consistently scored lower in satisfaction levels. The biggest difference came in the aforementioned 21-point drop in how well the city is planning its growth. The only area in which 2016 eclipsed the five-year average was the perception of neighborhood safety during the day—91 percent last year compared with 89 percent overall.

According to a representative from ETC Institute, 85 percent of the cities surveyed in 2016 saw drops in satisfaction levels when compared to their own five-year averages. Experts believe the state of the economy, public safety and the presidential election all contributed to the decrease.


Mobility is the biggest gripe among Austinites

Among the major city services, mobility issues topped the chart for highest priority improvement areas. Results showed only 5 percent of participants were satisfied with traffic flow on major highways and only 10 percent expressed a similar sentiment for traffic on major city streets.


Austin sets the standard for overall customer services for big cities, but residents feel they should be getting more


Austin is a great place to work and live