6 things for Southwest Austinites to know this week, Jan. 9-15 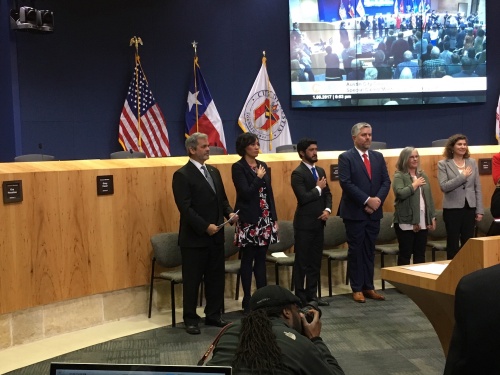 Here are a few things to know this week.

2. The state's 85th Legislature convenes Tuesday at the Capitol in Austin. Legislators will make key decisions about the state's budget and new legislation about topics ranging from gun use to education.

3. New ratings for individual schools have been released for school districts, including Austin ISD and Dripping Springs ISD, but the Texas Association of School Boards executive director said the new ratings system is flawed.


4. Population and job numbers in the Austin area are still increasing, according to Texas Comptroller Glenn Hegar, who spoke Thursday at a meeting of the Oak Hill Business and Professional Association. 
5. Residents can share feedback this month on the planned Bella Fortuna public improvement district. The development will be located in Travis County east of I-35 near the Onion Creek neighborhood.

6. LifeAustin Church and nearby neighborhood groups have agreed on a settlement regarding amplified sound from the church’s amphitheater.