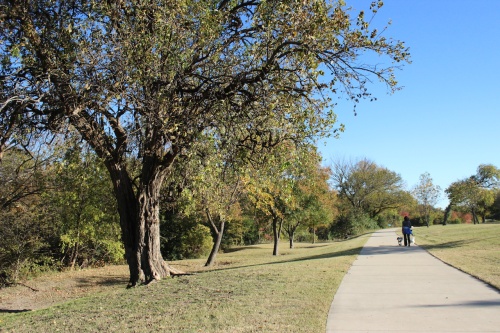 The city of Plano is seeking feedback for its Urban Forest Master Plan.

The city of Plano's Parks and Recreation Department is asking for residents' input through an online survey and public meetings as it works to develop its first Urban Forest Master Plan. The plan will be used to create goals and priorities for the next 25 years to take the city's urban forestry program to the next level, according to city staff.

The department has had an urban forester on staff since the early 1990s when the city was beginning to develop a program and plant new trees. Now that these trees, as well as the program itself, have matured, Urban Forester Angela Kralik said the time is right to create a master plan for one of Plano's most valuable natural resources.

"This plan is very exciting, and not very many cities in the state have done an urban forest master plan. To the best of my knowledge, Austin has completed one, and Denton is working on one," Kralik said. "It is truly an honor to work for a city that cares so much about its trees and natural resources."

The department will also hold two community meetings in December to educate residents about the plan, as well as to answer questions and accept additional feedback for the plan.