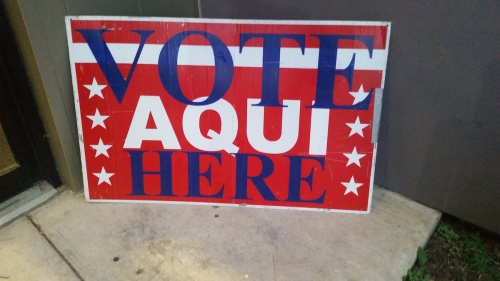 After a week of early voting, Harris County voters have continuously turned out in high numbers.

“Since the 2012 election, nine additional early voting locations have been added,” Stanart said in a statement. “Additionally, the time to vote during the first week of early voting has been extended to 6 p.m.”

Almost all of the 46 early voting locations have seen over 5,000 voters, with only the Alvin D. Baggett Community Center seeing under that, with 3,353 early voters.

Several of the polling places have witnessed close to 20,000 voters, including the following locations:

The number of registered voters in Harris County also increased to roughly 2.22 million this year, up from 1.94 million in 2012. Statewide, more than 15 million Texas residents registered to vote this election, according to the Texas Secretary of State’s office, a record figure and a 5 percent increase from the primaries earlier this year.

Harris County residents can cast early ballots at any of the 46 early voting locations. Learn more about locations and early voting hours here.