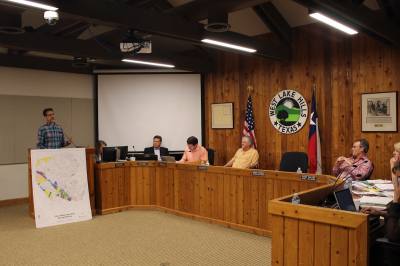 Wednesday, the West Lake Hills City Council passed a short-term rental ordinance, completing a process that began a year and a half ago.

“We’ve been at this for quite some time,” Mayor Pro Tem Stan Graham said. “We’ve had several iterations of the short-term rental ordinance, discussed why we did it, discussed how we did it, and we’ve discussed changes to it. We’ve run it through various public meetings, committee meetings.”

The STR committee worked to find a legal balance between concerns raised by the residents in the past and the city’s master plan itself, Councilmember Rhonda McCollough said at a council meeting Oct. 12. McCollough also served on the STR subcommittee.


Assistant City Attorney Laura Miller said that after ZAPCO reviewed the ordinance, a maximum fine was set at $2,000 for violations. If it is determined that a STR permit holder is operating a bed and breakfast or hotel as defined by city code, the permit could be revoked, she said.
SHARE THIS STORY

The recently expanded deck at the Lighthouse offers an outdoor bar and performance stage.