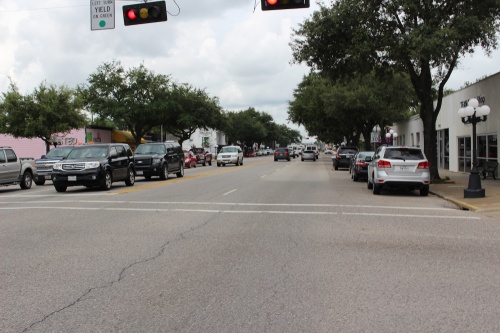 Shoppers in Old Town Tomball may soon have an easier time finding parking because of an agreement between business owners and Tomball City Council.

Responding to concerns from a number of businesses in the 400 block of Main Street in downtown Tomball, City Council members agreed during their meeting Oct. 17 to install temporary directional signs for parking and make existing side street parallel parking more visible for visitors.

As part of a Texas Department of Transportation project, 76 parallel parking spaces were removed along Main to create a center turn lane. Business owners on the street said the loss of on-street parking directly in front of their shops has led to a sharp drop-off in business.

"This is the place we want to be, [but] we are hurting right now,” said Mike Brockwell, owner of Otto’s Emporium. “We need some solutions, and we need to be part of that solution. “We’ve got the holidays coming, and we try to educate our customers when they come in on where they can park.”

“Doing some simple measurement out there, you could stripe the parallel spaces,” Meyers said. “You park more efficiently with stripes.”

In the long term, Tomball City Council also discussed adding angled parking along Commerce Street, allowing for 97 parking spaces from Pine to Elm streets, as well as converting Oak and Walnut streets into one-way corridors to allow for angled parking there as well.

“Both of those streets are lower-volume as is because you can’t have cross traffic, and there’s no signalization,” Meyers said.

Due to unknown costs and funding sources, there is no immediate timeline for when angled parking could become a reality in Tomball, Meyers said.

“There’s more that goes into it than just striping,” he said. “Let’s say we go out there and lay out the spaces and paint stripes—you’re looking at $10,000-$12,000 [for only that]; however, you’re [also] looking at enhancing the streets by putting in curbs … and adding sidewalks … when you start putting those components in, those costs go up. It’s kind of a domino effect; it looks really simple, but it adds up.”
SHARE THIS STORY