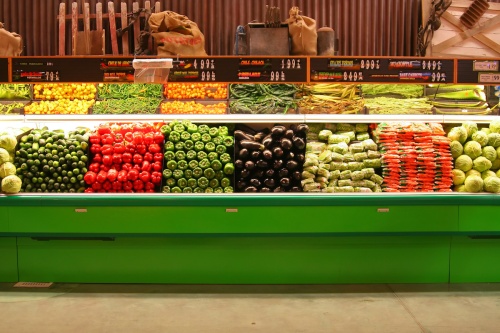 The report, released Wednesday, states 15.4 percent of Texas households experienced food insecurity in that period, meaning they faced hunger or had to find ways to avoid being hungry. That is down from 17 percent between 2012 and 2014, according to the USDA.

Texas now falls behind California in the top states that are food-insecure, with 1.5 million Texas households reporting food insecurities between 2013 and 2015, the report shows.

“The Texas economy is strong, but it is leaving too many people behind,” Feeding Texas CEO Celia Cole said. “It is unacceptable that one in six Texas families is faced with choosing between food and other needs because they can’t keep up with the rising cost of living, or lack the resources to weather a crisis.”

Because of the large pockets of affluence in the county, McHenry said some residents tend to think food insecurity is not a prevalent issue. Food insecurity can be found throughout the entire county, particularly in parts of Willis, Conroe, Splendora, Porter, New Caney and Magnolia.

“Our challenge is for people to know that we exist and we are here to help,” McHenry said. “Within the county we have 52 different pantries, whether it is churches, schools or other outlets.”

Additionally, she said the food bank also tends to serve elderly residents in areas of affluence like The Woodlands and in communities surrounding Lake Conroe, as well as residents who have lost high-paying jobs because of the downturn in the energy sector.

“Poverty and food insecurity don’t always go hand in hand,” McHenry said. “In Montgomery County we obviously have The Woodlands and have a lot of different energy jobs here. With the economic downturn that we have seen we are seeing a lot more people who have lost their six figure jobs come in that don’t have anywhere else to turn.”

While the food bank accepts food donations, McHenry said the nonprofit organization is able to use partnerships with local grocery stores to make the most of monetary donations.

“With every dollar that comes in we can buy 3.5 meals,” McHenry said. “That can feed a person for one day with just one dollar. Because of our status we can go in and buy food at a discounted rate compared to someone going to the grocery store and buying a case [of food].”

The USDA defines food insecurity as a state in which “consistent access to adequate food is limited by a lack of money and other resources at times during the year.” It can also be referred to as “struggling to avoid hunger” or “at risk of hunger.”

To find a local food pantry or to donate to the Montgomery County Food Bank visit www.mcfoodbank.org. For more information about food insecurity visit www.feedingtexas.org.