The districtu2019s last bond referendum was approved by voters in 2007. The majority of the $280 million bond package was used to build six new elementary schools and to purchase land for future use by the district.

A bond steering committee presented its recommendation for the referendum to the board Aug. 4. However, several board members requested additional details on the proposed facilities before making a decision, which may have been made at the Aug. 9 board meeting, just after press time Aug. 5. The board has until the Aug. 22 filing deadline to make a final decision and can call a special meeting at any time in the interim if it gives 72 hours notice, SISD Communications Director Karen Garrison said.

Among the needs SISD administration has identified are new facilities to address overcrowding at its middle and high schools, a new stadium, more than 100 new and replacement buses and upgrades to technology and safety systems. A $330 million bond would require a 7-cent property tax increase over several years which could begin to be reflected in school tax bills in 2017, SISD Chief Financial Officer Ann Westbrooks said.

“In order to be able to maintain things like deferred maintenance or to purchase new buses, we simply don’t have it in our general fund,” SISD Chief Operating Officer Mark Miranda said. A bond steering committee of more than 100 parents and community members was formed in June and held six meetings over the summer to formulate a blueprint for a potential referendum. The committee examined the district’s
needs in facilities, technology and safety to determine the highest priorities within each category.

“Because it’s taken almost a decade to get a bond, we are looking at critical [needs in] systems,” SISD Superintendent Rodney Watson said.

The district’s last bond referendum was approved by voters in 2007. The majority of the $280 million bond package was used to build six new elementary schools and to purchase land for future use by the district.

The bond steering committee recommended $280 million for new facilities and renovations in the district.

The middle schools would cost $80 million, and three ninth-grade campuses would cost a total of $112 million, according to the presentation.

“We believe there are benefits to having ninth-grade academies coming from middle to high school,” Miranda said. “This will allow students to adapt a little better to a high school environment and at the same time take the pressure off of current high schools.” The steering committee also requested $38 for a new stadium. A 2015 facility assessment by California-based firm Parsons Commercial Technology determined George Stadium at Spring High School—which is used by all three high schools for football games—to be in poor condition.

Potential district-owned sites for new buildings, including the proposed campuses and stadium, include a
117-acre parcel on Cypresswood Drive and a 77.8-acre parcel near Lewis Elementary School on Spears Road.

In addition to new facilities and infrastructure maintenance costs, the bond steering committee proposed $38 million to address the district’s technology needs, which include infrastructure improvements, a new phone system and improved connectivity.

“Our current state is that we’re not ready,” Russell said. “All of our students do not have equitable access to technology across every campus.”

SISD Infrastructure Director Fred Brenz said most technology systems in the district are now at least 10 years old, and many of the companies that originally provided the technology are no longer in business and cannot provide ongoing maintenance.

“We can no longer support a 21st century environment with 20th century tools,” Brenz said.

The proposal also includes $18 million to address safety and security needs, including $5.1 million for a digital surveillance system and $1.1 million for alarm systems.

The bond package also proposes $10.5 million for buses, including 45 replacement vehicles and 60 additional buses for expanded routes. The district has a total of 281 buses and transports students who live outside a 1.5-mile radius, Miranda said.

However, with the additional funding provided by the bond, the district hopes to bus all students who live beyond a 1-mile radius to reduce the number of students who walk to school.

“Unfortunately, there are many areas in our district that do not have proper sidewalks for students to walk safely,” Miranda said. “By reducing the mileage radius to 1 mile, we’d pick up a lot more students; to do so would be much safer.”

The property tax rate would increase by 7 cents if voters approve a $330 million bond referendum in November.

The increase would be phased in over a period of several years beginning with an increase next year, Watson said. As it stands, the district’s tax rate is $1.47 per $100 of assessed property value. SISD residents have seen the district’s tax rate drop by 10 cents in the past two years due to increased property values and the addition of ExxonMobil’s Springwoods Village campus, valued at $1.04 billion, to the tax roll.

Westbrooks said if ExxonMobil wins a pending lawsuit against the Harris County Appraisal District protesting its $1 billion value in the wake of the oil and gas downturn, the district will lose $6 million in annual tax revenue from the company.

However, if the board of trustees and voters approve the proposed $330 million bond referendum and ExxonMobil wins its suit, the district can immediately issue $288 million of the bonds and will retain authorization to issue the remaining $42 million at a later date if district property values continue to rise at the current rate of 7.5 percent, she said.

“Our recommendation continues to be to go for the maximum amount knowing we may have to wait to issue the rest [of the bonds] depending on what happens with ExxonMobil and property tax values,” Westbrooks said.

The board of trustees does not have a timeline for when it would go back out to the community with another bond proposal if voters turn down a $330 million bond on the Nov. 8 ballot, Watson said.

“We would continue to utilize best practices and use what we have to continue trying to meet the needs of the kids,” Watson said. Several members of the committee said they believe the areas discussed during the summer meetings—facilities, technology and security—are important to ensure students will be prepared for life after high school.

“Giving them the tools is important, or they will not be able to compete in the world now,” said Kim Grays, a member of the committee and the SISD Education Foundation. “They can’t work with the tools of yesterday.”

Miranda said if a bond referendum is not successful, the district would face considerable challenges in maintaining its current level of service.

“We’d continue to do our best with the money that we have, but it is limited Eventually, things will begin to break and become unrepairable,” Miranda said. “We would have issues to keep up with the expenditures because they outpace our ability to pay.”

According to HCFCD officials, these two projects combined are just the first of several projects needed to reach the 25,000 acre-feet of additional stormwater detention recommended for the Cypress Creek Watershed.

The inaugural fall semester will begin the week of Sept. 29 and run through Nov. 20. 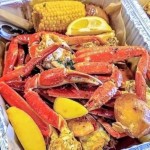 The Catch, a Texas- and Louisiana-style seafood restaurant, plans to open in October at 7608 FM 1960, Houston.