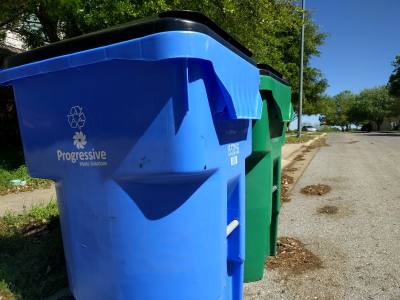 Pflugerville City Council members approved the first reading of an amendment at their March 22 meeting that could increase customer’s cost for solid waste services.

The city’s service provider, Progressive Waste Solutions of TX, Inc., notified City Manager Brandon Wade by letter Feb. 1 of their request to raise the rate by 2 percent to cover the costs associated with the collection of solid waste and recyclable materials.

“They presented documents relating the CPI [Consumer Price Index] over the time period," Assistant City Manager Lauri Gillam said. "City staff has reviewed those documents, and it does justify their request for a cost adjustment of 2 percent.”

According to Gillam, the contract shows Progressive is allowed a price increase only after the first four years the contract was implemented, and that four year mark was reached Feb. 1 of this year.

The city’s exclusive franchise agreement with Progressive calls for hauling, collecting, recycling and disposal services of the city’s solid waste and recyclables.

“I’d like to also point out that this is the rate they charge us, and it does not address the rate we charge the individual customers,” City Manager Brandon Wade said. “One of the things we’ll be bringing back to you in the fairly near future is whether or not we want to pass that rate adjustment on to the customers.”

According to a statement issued by city officials, the last rate increase was approved by City Council in March 2012; however, the city absorbed the cost and “determined it was a reasonable request, yet kept the increase from residents’ bills by offsetting the cost in the city’s current franchise fee,” the statement read.

The item will come before the council again for a second and final reading April 12. At that time, city leaders will decide if a $0.30 increase to customers will go into effect.
SHARE THIS STORY