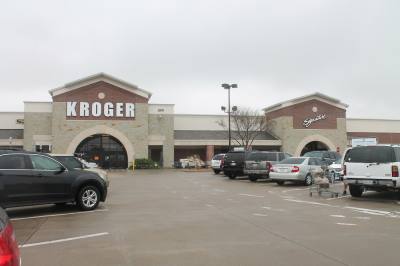 Signature Kroger on Main Street in Frisco is undergoing a major remodel. A Signature Kroger store in Frisco is undergoing renovations that include new interior design and features.[/caption]

The Signature Kroger store at 3205 Main St. in Frisco is undergoing a major remodel.

The Kroger Co. spokesperson Ignacio Gonzalez said the new remodel will cost about $3 million and includes upgrades to the interior as well as new features. The major remodel will happen to only a handful of Signature stores, Gonzalez said.

"The Signature Kroger stores are based on a set up for customers' needs and to better serve the community," Gonzalez said.

The store's new special features will be announced March 25.
SHARE THIS STORY