H-E-B coming to Hutto in September 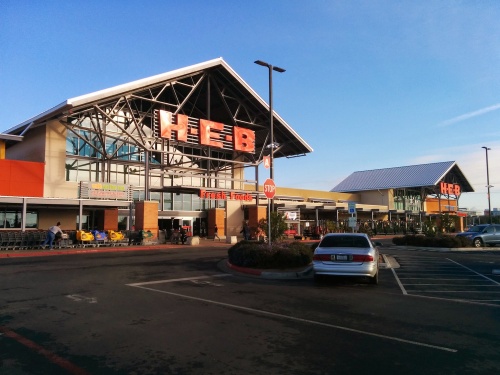 Texas-based grocer H-E-B is moving forward with a new store in Hutto.

H-E-B announced it will open Nov. 16. A public grand opening ceremony opens the store at 8 a.m.

H-E-B to open this fall

H-E-B will come to Hutto off Gattis School Road and SH 130 by September, according to a company spokesperson.

Jones said crews are doing preliminary work at the site now. Construction on the building is slated to begin in March, and completion is set for September.

"Before the holidays the city of Hutto will have a new shiny store to do all their shopping and residents won't have to travel so far out of their city to get the items they need to make it a nice beautiful holiday meal," Jones said.

Assistant City Manager Micah Grau said via email that the area the agreements are for is part of a limited-purpose annexation. The area is not part of the city limits but is in the extraterritorial jurisdiction. Grau said per the limited purpose annexation, the city collects sales tax that is generated within the area.

The amendment to the economic development agreement, which was originally passed in February 2006, changes the timeline and details of road and infrastructure improvements TACK agreed to implement in the original agreement, Grau said. In exchange, the city will rebate the actual cost of the improvements up to 60 percent or $9,309,270, whichever is the lesser cost.

The original 380 agreement included a clause that states all sales tax rebates require the opening of at least an 80,000-square-foot grocer. The amendment at the Feb. 4 meeting extended the deadline for the grocer to open from Dec. 31 2016 to Dec. 31, 2017.

Furthermore, Grau said, the original agreement called for the Hutto Economic Development Corp. to rebate 100 percent of the 1/2 cent sales tax that the EDC would collect from the site, but the amendment removed this clause, meaning only the city’s portion of sales tax collection generated at the site will be rebated at 60 percent.

The city also passed an amendment Feb. 4 to a development agreement with TACK and H-E-B, which was originally passed in 2006. Grau said the biggest changes to the agreement align it with the city's current development standards.
SHARE THIS STORY