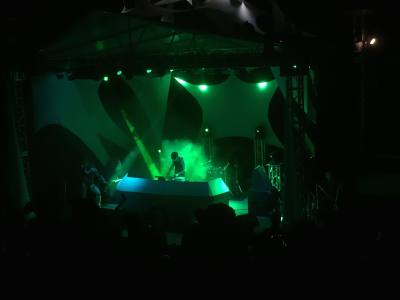 The court unanimously approved a motion to amend the county's mass gathering permitting process to include language that limits amplified sound at outdoor venues to 1 a.m. Friday and Saturday and to 11 p.m. Sunday through Thursday.

Because of the vote, a venue holding an outdoor event will have to complete a comprehensive form and submit the application to the county before holding any mass gathering. The application would require that amplified sound be prohibited after the designated times and at any time must not exceed 70 decibels at an adjacent private residence.

Promoters and supporters of the music industry told comissioners they wanted to work with the county to determine alternative solutions from initially proposed cut-off times of 10 p.m. on weekdays and midnight on weekends. A few Travis County residents said they support the proposed mass gathering permit changes and voiced concerns about excessive noise and increased traffic.

Commissioner Gerald Daugherty made the motion to extend the proposed times but offered the caveat that he expects the decision to be challenged.

“We can make some of you happy with lowering decibels, changing hours. It is obvious to me that this thing is going to get [dragged] into court because the county doesn’t have the authority to say you can’t do something on your land. … If that happens, we will lose.”

“I am not trying to blow it up every weekend," she said. "We are just trying to do a few [nighttime] events to where I can maintain our family property."

Earlier this year, Travis County Judge Sarah Eckhardt requested a review of the mass gathering permit application process as well as its requirements regarding permit timelines.

Scott Davidson with Code 4 Events Management said in July that his company received four of the five mass gathering permits approved by the county this year. He said the company hosts events at Carson Creek Ranch.

During the court’s Aug. 11 meeting, he said the times being proposed by the court would impede most events for which mass gathering permits were granted during the past two years.

Davidson instead suggested limiting amplified sound to 2 a.m. Friday and Saturday and midnight Sunday through Thursday.

“We think that’s a fair compromise,” he said.

Mitch Morales, one of the producers of Euphoria Music and Camping Festival, agreed with that proposal and said he would continue to work toward agreeable solutions.

“We believe that this can be done outside of excessive restrictions,” he said.

Speaker Tim O’Connor, who owns local venue The Backyard, said the time could deter some musicians.

“When we apply and request talent to come to the great state of Texas that talent is going to ask us a lot of questions through their booking agent, and when we make the statement that they have to stop playing at 10 and we’re trying to present three acts … they’re going to say ‘you can’t get that accomplished,’” he said.

Stephanie Piland, a resident who works as a consultant to restaurants and the food industry, said the plans to host a food and wine event in October at Carson Creek Ranch and opposes the county’s proposed restrictions.

“It is our responsibility to support what are reasonable low impact and responsible event venues as an alternative to regularly hosting large events in our publicly funded city parks and spaces,” she said.

Spicewood residents said they have concerns about the safety, traffic and environment surrounding a proposed music venue on Fall Creek Road near Hwy. 71.

Diane Dwight, who lives in far west Travis County on Hwy. 71 in Precinct 3, said residents are concerned about their health and safety because of the traffic effects on Hwy. 71. Resident Jana Shows said she and her family moved off of Fall Creek Road to live in the country and have peace and quiet.

“I don’t think there should ever be an exception past 10 [p.m.] for music being played and the decibel level should be at 70,” she said.

Resident Martha Norwood said she was a six-year board member for the Spicewood Arts Society and had a music venue in Spicewood.

“Never once did we have an entertainer say that he couldn’t come because we would have to end at 10 [p.m.],” she said.

Daugherty said residents who live near Hwy. 71 do not want the Fall Creek Road venue.

“I understand that. If I lived there I would feel the same way," he said. "But as the Precinct 3 commissioner, I can’t look you in the eye and say that’s something that I can make happen.”

Commissioner Margaret Gomez said the changes commissioners voted on could be a good compromise.

“We have statutes that are passed by the Legislature that give us the authority or the ability to look into making life a little better for people outside of the cities,” she said.

The county received 1,200 emails about the topic. Eckhardt said she intends to bring the policy back in a year for review.