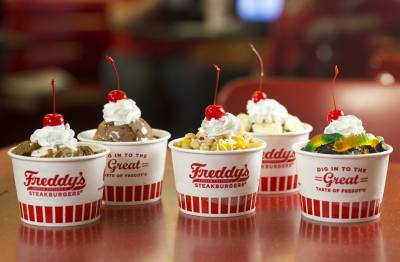 Show map
Freddy's Frozen Custard & Steakburgers will open its first Tomball location at 27645 Business 249, Tomball, next to Raising Cane's Chicken Fingers—which is also under construction—according to city information. Kim Huynh, public relations specialist for Freddy's, confirmed the new location in a Sept. 17 email. Freddy's representatives could not confirm an opening date before publication Sept. 24, as the project is still going through the permitting phase with the city of Tomball. A permit for new construction was issued July 5, according to permit information received from the city of Tomball. An opening date will be announced once construction begins, Huynh said.