support local journalismbecome a community patronCommunity impact Newspaper's mission is to build communities of informed citizens and thriving businesses through the collaboration of a passionate team. Consider supporting our journalism efforts by becoming a Community Patron today.
Continue Readingcontribute today
sign up for our newsletterbecome a community memberCommunity Members have access to our e-edition and can sign up for our daily e-newsletter
Already a Member?Sign in
Sign up now
Coming Soon 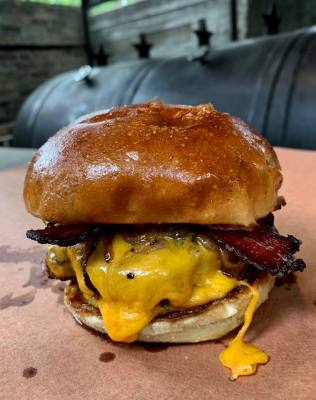 "It became an instant hit," he said. "But the barbecue kitchen has limited capacity for burgers. It's not designed for it."

The new establishment will serve gourmet burgers, fries and shakes.

"To be on Main Street is a pretty cool idea," Moore said.

Bulls & Bellows is a veteran-owned business offering craft barbecue and side dishes made from family recipes.