WeWork announces new lease in The Woodlands, plans to open this summer 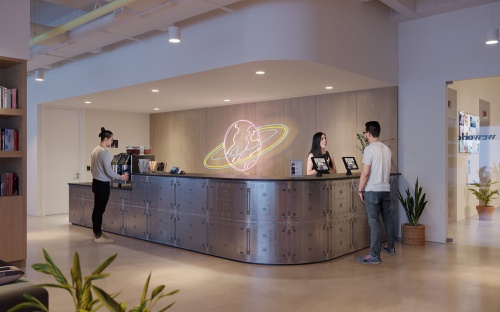 A rendering of a WeWork office space. Courtesy WeWork

Show map
Shared office space provider WeWork announced its lease of a new location at 1725 Hughes Landing Blvd., The Woodlands on May 2. The 52,000-square-foot space is spread across two floors and can hold around 1,000 desks, according to WeWork. The office features conference rooms, common areas, soundproof phone booths and internet and printing services, as well as access to a fitness center and courtyard. The company plans to open the office in July.

WeWork's first foray into The Woodlands comes after a year of growth for its other Houston-area spaces in the Galleria and downtown, which together hold space for 2,600 desks. By the end of 2019, WeWork also plans to expand its Galleria office by 775 desks and add around 1,000 desks at new locations in the region, company officials said.

"In 2018, WeWork grew its footprint in a very big way in Houston. Now, in 2019, we’re growing even more, but in a way that’s as much about desks as it is impact," WeWork Houston community director Roniel Bencosme said in a news release. "In this next year, WeWork will build a constellation of opportunity through new spaces spread across Houston, and opening in the Woodlands is key to that effort."