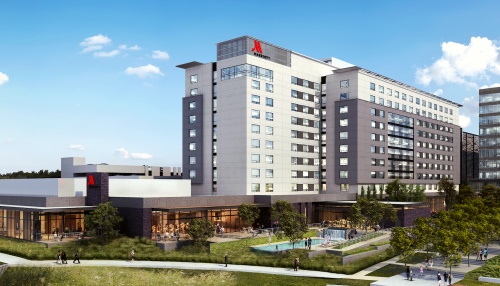 The 10-story, 337-room hotel is slated to open early October 2018. It will be the first full-service hotel within the North Houston master-planned community and the third hotel Woodbine Development has developed for the area, according to an Aimbridge Hospitality press release.

Sampsell has more than 20 years of hospitality experience and most recently served as the general manager of the Embassy Suites Houston West–Katy, according to the press release. In his new role, Sampsell will oversee the completion of the Houston Marriott CityPlace construction and its operations once the hotel opens.

Woodbine is the developer and the asset manager, and Aimbridge Hospitality serves as the management company for the hotel. Gensler is the architect and interior designer, and Austin Commercial is the general contractor.