support local journalismbecome a community patronCommunity impact Newspaper's mission is to build communities of informed citizens and thriving businesses through the collaboration of a passionate team. Consider supporting our journalism efforts by becoming a Community Patron today.
Continue Readingcontribute today
sign up for our newsletterbecome a community memberCommunity Members have access to our e-edition and can sign up for our daily e-newsletter
Already a Member?Sign in
Sign up now
Now Open 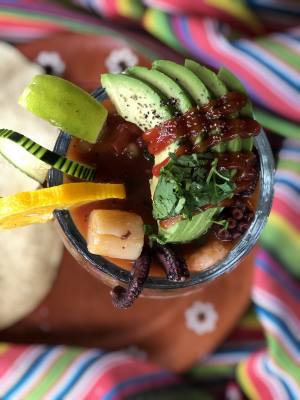 Show map
La Marisquera Ostioneria Seafood and Oyster Bar opened in May at the Heron Lakes Golf Course, located at 7900 N. Sam Houston Parkway W., Houston. The restaurant is the fourth restaurant concept created by the Cabrera family, who were the original founders behind Los Cucos Mexican Cafe, according to a May 9 news release.

With an original location in Conroe that opened in February, this is the second La Marisquera Ostioneria Seafood and Oyster Bar location in the Greater Houston area.

“We were pleased with how popular our Conroe location became so quickly. We knew we just had to bring the delicious and fresh seafood to our loyal customers in Houston,” owner Sergio Cabrera Jr. said in a statement.

The concept offers fresh seafood dishes, along with Los Cucos staples, such as fajitas, and is similar to Vida Mariscos, another Los Cucos concept that opened in 2013, according to the press release. The restaurant also features an extensive happy hour menu, more than 20 televisions, and offers both dine-in and to-go options.

Cabrera also stated the new location will add catering services in the near future, and he plans to open two additional locations this year, although he did not specify where.

Dutch Bros Coffee is currently hiring for all three locations and will also host an event June 16 from noon-3:30 p.m. at TopGolf Spring to give the community an opportunity to learn more about the company.

A new emergency dispatch center that will serve nearly half a million people in North Harris County is set to be housed in the Emergency Services District No. 16/Klein Fire Department facility at 16810 Squyres Road, Spring.