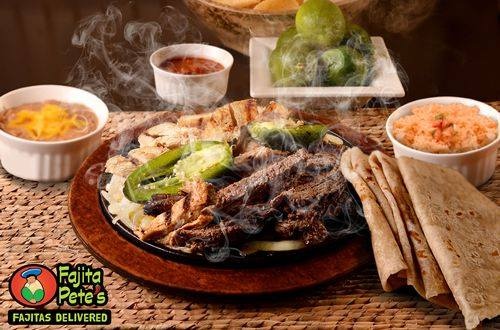 Show map
Fajita Pete’s opened its seventh Texas franchise Feb. 26 at 15718 Hwy. 288, Ste. 170, Pearland, in the former storefront of Moe’s Southwest Grill, which closed in October. Fajita Pete’s has locations in Dallas and the Greater Houston area, including Katy and Richmond.

The restaurant offers a selection of grilled beef and chicken fajitas, hand-rolled tortillas and sides, such as rice, beans, guacamole and queso.

Company officials said the chain is expected to grow to 40 locations in the next five years. The next opening will be at Sienna Plantation in Missouri City. 832-406-3640. www.fajitapetes.com