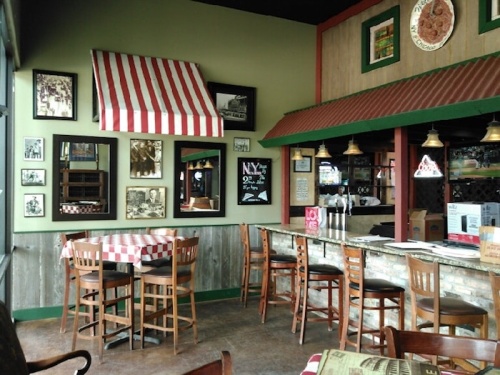 Show map
After being closed for roughly 8 months, New York & Chicago Pizza Co. reopened June 17 at 12361 Barker Cypress Road, Ste. 100, Cypress. Before closing to relocate, the eatery was formerly located within the same center in Ste. 900.

"The old location was a pizza parlor; this one here is an Italian eatery," Catalano said. "We kicked it up a few notches."

Catalano said he is still working to open a second location in the Fairfield area at 27200 Hwy. 290, Ste. 160, Cypress, but delays in the permitting process have pushed the opening date back to around the start of 2019. However, with all permits obtained and construction underway, Catalano said there is a chance it could open before the end of the year.