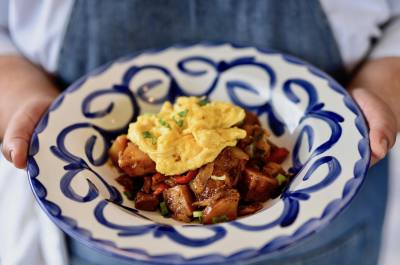 Killen's TMX is the first of chef Ronnie Killen's restaurants to offer brunch.

Show map
Killen’s TMX, located at 9330 W. Broadway St., Ste. 200, Pearland, will feature lunch starting March 16 and brunch starting March 17, according to a press release. This will be the first of chef Ronnie Killen’s restaurants to offer brunch.The brunch menu will consist of both Tex-Mex and American dishes that will change seasonally. The lunch menu will include enchiladas, tacos and combination plates, while the dinner menu will transition to moles and regional Mexican dishes. 832-664-8696. www.killenstmx.com