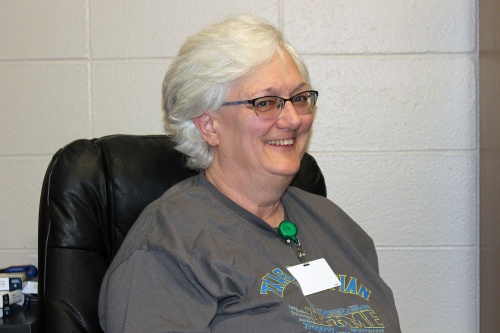 Sherry Frank will be inducted into the Texas Thespian Hall of Fame in late January.

Show map
Cypress Falls High School theater director Sherry Frank will be inducted into the Texas Thespian Hall of Fame, an honor granted to educators who have dedicated 20 or more years to promoting educational theater.

Frank has been teaching theater since she moved to Texas 25 years ago and has since earned a Master of Arts from the University of Houston, according to a press release.

“A lot of what you do in life is being able to front up and act,” Frank said in the release. “I have an engineer friend that said he can get up and make great presentations without fear because he took theater. Students can learn a lot from taking this class.”

The induction will take place later this month during the inaugural Texas Thespian Educator Conference in Pflugerville Jan. 24-26. www.texasthespians.org
SHARE THIS STORY