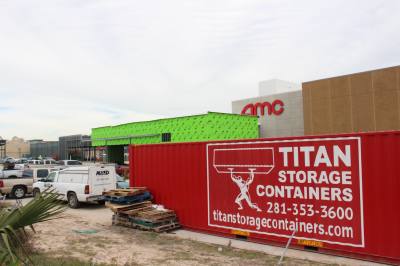 Show map
Sam Moon Group officials confirmed in early January that an AMC-10 is expected to open in May in MetroPark Square, Shenandoah’s new 69-acre mixed-use development under construction southeast of the intersection of I-45 and Hwy. 242. The 10-screen movie theater, which anchors the three-phase development, was initially slated to open in Fall 2017.

The AMC-10 will be joined by a host of other restaurant, retail, and entertainment options, in addition to hotels, office space and multifamily living space. Other confirmed tenants for the development include a 40,000-square-foot Dave & Busters; an Asian fusion restaurant, Huynh Restaurant; and a 4,000-square-foot ramen and sushi eatery called Hanabi Ramen. Construction on the development is expected to be completed by 2020. www.sammoongroup.com
SHARE THIS STORY