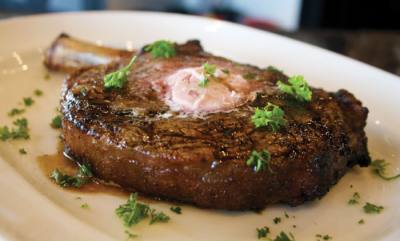 The former Lewisville Feed Mill is being transformed into a steakhouse.

Show map
In May 2016 the city of Lewisville entered into an economic development agreement with a developer to turn the Lewisville Feed Mill into J2 Steakhouse. The agreement stated the restaurant, which will be located at 119 E. Main St., must be substantially complete and a certificate of occupancy issued by Dec. 30.

At the Dec. 4 Lewisville City Council meeting, council approved an extension of the agreement that pushes the completion date back to March 30 of next year. When it opens, the restaurant will feature live music, a patio and a bar with 36 beers on tap.

The Lewisville Feed Mill closed in 2010 after 124 years in business.
SHARE THIS STORY

The companies will be moving in at Lakeside DFW, a 150-acre urban-style, mixed-use development in Flower Mound.

The smaller store located outside of a mall setting offers a specially selected assortment of Macy’s branded fashion as well as home, beauty and gift items.

The city of Lewisville will hold four public hearings to discuss the annexation of Castle Hills.