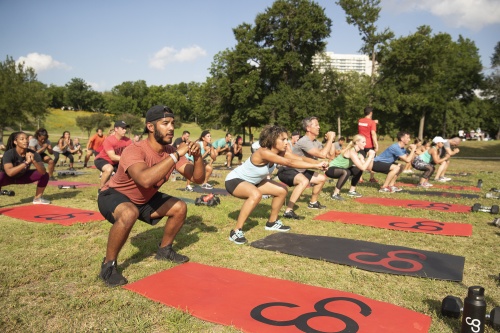 Camp Gladiator is known for its bootcamp-style workouts that incorporate both cardio and strength exercises.

The fitness company, headquartered at the CG Arena, 9185 Research Blvd., Austin, is celebrating its birthday by offering an online flash sale to encourage residents to try out the boot camp-style program. Programs, also called camps, last four weeks and include 60-minute workouts with both cardio and strength exercises, according to Camp Gladiator.

Co-founder and CEO Ally Davidson and her husband started Camp Gladiator in 2008 after Davidson won the top prize on NBC’s obstacle course TV show, "American Gladiators." Read more about Davidson being ranked No. 30 out of 50 of the nation’s top CEOs for small- and medium-sized businesses by employer review website Glassdoor.com.