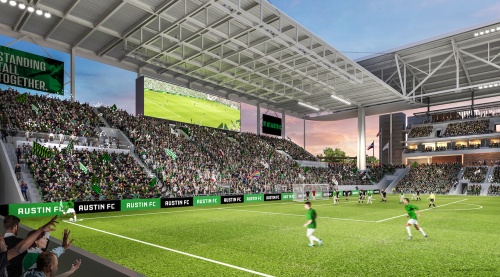 SeatGeek has a mobile-focused platform that includes an app to allow fans to scan their tickets and gain access to games, according to a news release.

The Major League Soccer team stated in a news release it has secured deposits for more than 35,000 seats for a stadium that will have 22,000 seats. Austin FC leaders also reported an MLS record of securing deposits for 30,000 seats in one day.

"SeatGeek is best-positioned to fulfill the purchase and sharing capabilities that the modern ticket buyer demands, and Austin FC is excited to begin working alongside SeatGeek to harness their successful ticketing advancements and apply [them] to a project that serves a region, which takes great pride in innovation," Austin FC President Andy Loughnane said in a news release.

SeatGeek works with six other MLS teams as well as the NFL's Dallas Cowboys.

Groundbreaking for the stadium at 10414 McKalla Place, Austin, near the intersection of Burnet Road and Braker Lane is expected to occur in September. Austin FC will play its first game in March 2021.