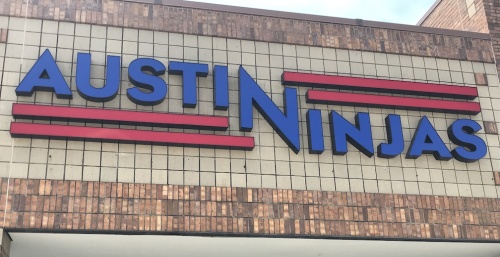 Austin Ninjas, a gym that features some of the obstacles and trains some of the athletes in the TV show “American Ninja Warrior,” is opening its second storefront.

The private gym is moving into a former grocery store space at 200 Buttercup Creek Blvd., Ste. 107A.

Halla said the Cedar Park location will be open for classes on Aug. 26. A grand opening celebration is scheduled Sept. 14, and the business is booking birthday parties for Sept. 21 onward.

While the Austin location is open to ages 5 and up, the Cedar Park location will have a special class for ages 3-4, Halla said. There are obstacles unique to each location, according to Halla.

There are two courses at the Cedar Park Gym: one for youth and one for adults, according to Halla.

“And we have ninjas who train for the show,” she said.