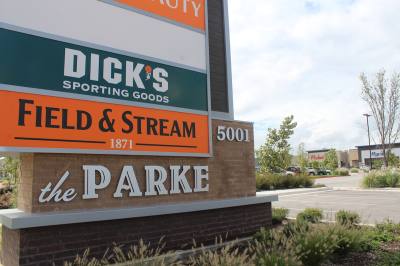 DICK's Sporting Goods and Field & Stream are located in The Parke shopping center in Cedar Park.

Show map
DICK’s Sporting Goods announced on its website that it would stop selling assault rifles, or modern sporting rifles, at its 35 Field & Stream stores.

These rifles are not sold at DICK’s stores, according to the statement. The company also said that it will no longer sell firearms to anyone under 21 years old or sell high-capacity magazines.

These commitments were made in response to the school shooting that occurred in Parkland, Florida on Feb. 14 and gun violence in schools and throughout the country, according to the statement. Cedar Park has DICK’s Sporting Goods and Field & Stream stores at The Parke shopping center, 5001 Toll 183A, Cedar Park.